St Lawrence Church is the oldest surviving building on Fiji’s main island. Standing in the middle of a small town, it is the beacon of Christian hope to this predominately Fiji-Indian community.

But its days are numbered as every time it rains outside, it rains inside -straight through the ceiling! The team witness a rousing prayer of grace, before a meal, in Hindu with shrieks of passion and heartfelt yearning for God’s blessing.

Sharing together in the ‘open-air’ St Lawrence Church

Its not till afterwards that we learn her prayer was one of thanksgiving for the Golden Oldies taking the time to come and partner with them in their humble surrounding. “They are angels sent by God” was her mantra, another truly humbling encounter. 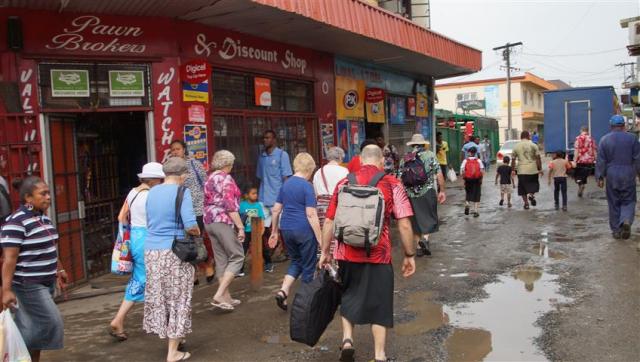 Walking through the main street of Nasouri we are led to where Archer’s Nurse Manager, Adele, has been serving all week at this busy small local Medical Centre.

Waiting Room at the Medical Centre

Adele shares some of her experiences. People start arriving at 6.30am for medical attention, after the triage nurse has given out the first 100 numbers she cancels any more admissions until the first 100 are seen. HOURS later the next allocation are given, with people waiting all day for an appointment.

Meanwhile staff are rushing around doing double shifts, starting at 6.30am and finishing at 10pm, often 10-days in a row. Medicines run out and even the scissors to cut gauze are so blunt Adele says it takes so much time even just to prepare dressings in a style she remembers doing 30-years ago. Medical students are the consulting doctors, and while we are there late morning, the afternoon medical student doctor was being called in early due to the hundreds awaiting attention. 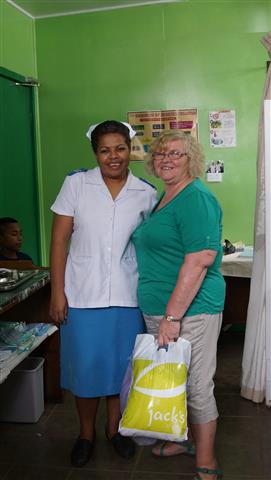 While all this is happening for the ‘Golden Oldies Interns’, some of our sewing and craft ‘Golden Oldies Graduates’ have been busy sewing the first-ever bula dresses for the orphan girls;

and Elizabeth has also been preparing her crosses craft project for the ladies workshop on Friday. Woman have heard about it and are coming from throughout the island to learn from our ladies; 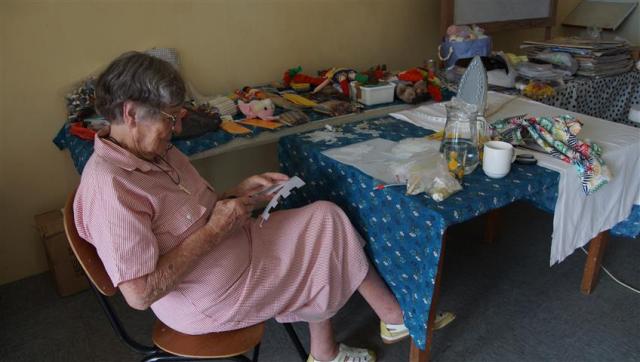 and John and Ryan have had increasing numbers of minister attending their highly valued training sessions throughout the week at the Bible College. 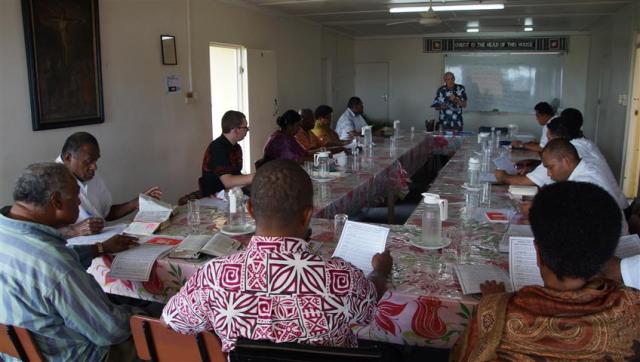