Farewell and Vinaka (Thank you)

The Golden Oldies Mission team has partnered with the Anglican Church of Polynesia to help brings Gods love to all the people they met. The Golden Oldies came from all over NZ, from a variety of Christian denominations, and we even had some ‘Junior’ Golden Oldies to provide wonderful support as well.

The team visited remote squatter villages, schools, hospitals, an old people’s home an orphanage, a prison, and a variety of churches.
Over 30 bags of donated goods including books, stationery, sports gear and medical equipment were distributed throughout the mission.

Some of the 30+ bags that were distributed during the mission

The Golden Oldies and supporters have been contributing to the construction of a vicarage in a remote Coastal Village. 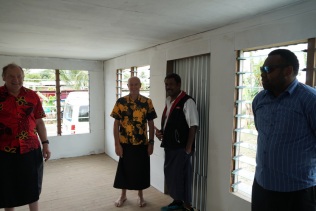 This will allow a full-time minister to live in the Village. It is being built by the Men’s Group each Saturday, and has created a new sense of identity for the men, from 3 workers to now 30-40 helping out on the Saturdays.

At the same time the Church community have wanted a new sign and now they have one  which brought everyone out for the blessing and official opening. 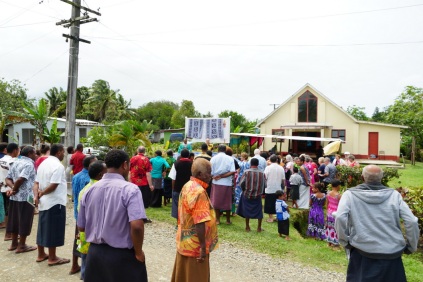 The final visit was to a church that runs a kindergarten during the week within the church and its grounds. Its full to overflowing with children, but they have felt very embarrassed by the state of their sign.

It was a great honor to be able to prepare a new sign for them and this is being installed by the local volunteer fire brigade this week. 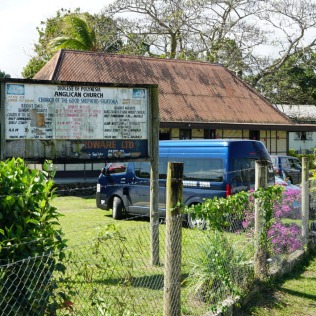